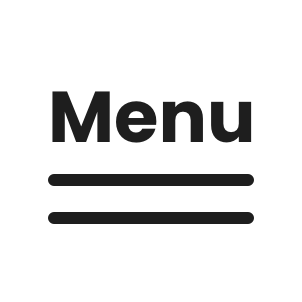 A Complete Guide to Comparative Advertising Unless you’re offering a one-of-a-kind product or are the very first one to a specific market, chances are that you’ll be going up against a handful of businesses for a greater share of your target market.

Standing out and separating yourself from these competitors is one of the keys to successful business. Unfortunately, carving out your own niche is easier said than done.

In this article, we take a deep look at comparative advertising. What is it? What are the pros and cons?

We’ll also share some examples of comparative advertising. So let’s not wait any longer. Let’s get started!

What is comparative advertising?

Comparative advertising is a form of advertising that presents your business’ product or service as superior to that of your competitor. It’s a technique that can kill two birds with one stone: you’re communicating value and your offering’s best assets, while creating competitive advantages at the same time.

This advertising technique also gives customers a point of comparison between two separate companies. It’s well known that customers love comparing products and comparison shopping. Comparative advertising lets you do just that; providing customers with product features and qualities all at once.

Comparative ads are incredibly versatile and can take on many forms, whether it be digital or print, videos or photos, or through social media or billboards.

To give you a better understanding of comparative advertising, here are 5 real life examples.

One of the most memorable and famous advertising campaigns in history is Apple’s series of ‘Mac v PC’ ads. This is a classic example of comparative advertising. Apple portrays their Mac computer as charismatic, laidback and cooler than their PC counterpart who is dorky, simple and according to the example below, has a long history of bugs and errors.

In a more recent example of comparative advertising, famous spread brands Vegemite and Marmite went head to head during the 2019 Ashes, creating their own version of the classic Australia v England rivalry. Both brands took out full page adverts in the Daily Mirror, showcasing their own product while poking fun at their rival. The ads are effective because they’re bold and humorous, making them memorable in the minds of consumers.

US fast food chain Wendy’s might be the king of humorous comparative ads, especially on Twitter. During the release of Marvel’s Avengers Infinity War in 2019, Wendy’s hopped on the film’s popularity by referencing it in a cheeky tweet aimed at their competitor, McDonald’s. The tweet went viral with over 200K likes and a boatload of goodwill from their target audience!

Fairy is a popular dishwashing liquid and in a market full of competitors, their creative team released the ad below. In the ad, Fairy claims that their dishwashing liquid lasts twice as long as compared to their closest competitor. The ad is effective because it’s well-designed and clearly communicates the superior value of Fairy. It’s also important to note that Fairy opted not to name their closest competitor to avoid any legal issues.

Skincare brand Dove is well-known for being gentle and mild, especially compared to other brands. They drive that value home in a set of ads which portray other brands as simply ‘harsher’ than Dove. That sentiment is made even greater with the barbed wire aspect of their ads. Overall, it’s an effective advertisement which portrays Dove as the superior skincare product.

Pros and cons of comparative advertising

What better way to show off your product than to put it right next to an inferior (in your eyes) product? Comparative ads usually list the best features of your spruiked product, whether it be it’s effectiveness, efficiency or durability. You can explain all of these at once to your customers with an informative advert.

If your business is new to its industry or has major competitors, comparative ads can help draw attention to your product or service. By putting your brand name next to the names of big industry players, you will expose yourself to the market and gain market share, brand awareness and brand recognition.

People are always looking for the next big thing. They’re also more likely to switch between competing products if one of them is clearly superior. A well made comparative ad can be the thing that moves the needle for these consumers. By portraying your product or service as the superior option, consumers will be more likely to switch from a competitor product to yours.

Whether you like it or not, there are strict laws that prevent you from overly disparaging your competitors or tricking your customers. In Australia specifically, the Australian Competition and Consumer Commission prevents brands from being deceptive or providing false or misleading information when attracting new customers. Be sure to follow the law or you may end up facing large fines.

Cons: May cause brand name confusion

In the same way that comparative ads can generate brand awareness, they also have the potential to confuse potential customers. Because you’re using two brands in the same advert, customers may mix up your brand name with that of your competitors. Be sure to be clear in your communication to avoid this.

Cons: May backfire and cause brand damage

Engaging in comparative advertising is combative in nature. After all, you’re pitting your brand against your competitors, either poking fun or discrediting their business. This might rub people the wrong way and make your business look bad.

There have been many cases where brands have had to apologise after releasing a comparative ad. To avoid this, make sure you properly research your target audience to evaluate how they may react to such ads.

Gain an edge over the competition with comparative advertising

Comparative advertising can be a great way to advertise your product, generate brand awareness and attract new customers. As long as you follow the law and avoid crossing the line, you’ll find that a bit of friendly banter with your competitors can make your own brand really stand out. For more articles like this, check out the ZipZipe blog! 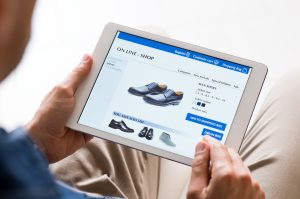 How to Build a Comprehensive Instagram Marketing Strategy in 2022 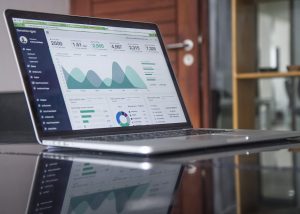